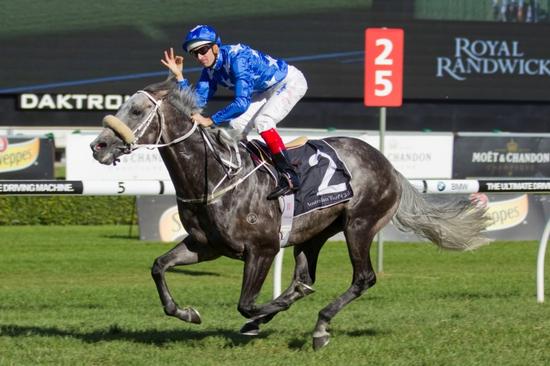 JWR has been on the search for a yearling by RELIABLE MAN for the last 6 months and finally found our match  securing a cracking Reliable Man colt at this weeks Magic Millions Sale on the Gold Coast for $65,000.

RELIABLE MAN was a multiple Group One winner during his illustrious racing career and most good judges believe that he will carry his exploits into the breeding barn.

Reliable Man arrived in Australia in 2013. Unlike many of the other imported Europeans which had joined Chris Waller’s stables in the preceding years, Reliable Man was different. He arrived with a glittering CV having already won one of France’s most coveted races in the Group 1 PRIX DU JOCKEY (2100m).

His career in Australia proved brief. He was only seen twice but made a huge imp[act in that short time.  He was described by jockey Hugh Bowman as the best horse he had sat on after demolishing his rivals in the 2013 Group I Queen Elizabeth Stakes (2000m) leaving the likes of  It’s A Dundeel in his midst. 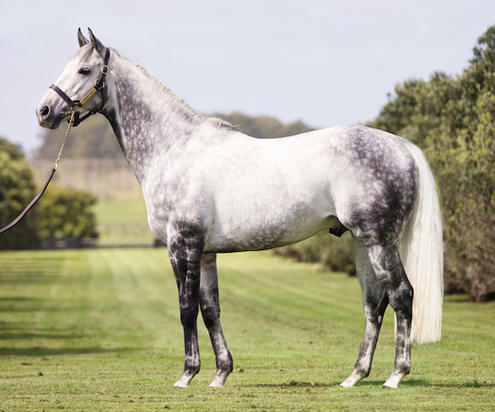 A tendon injury forced his early retirement with the kiwi breeding industry the beneficiaries of his services. One my ask why he was not snapped up byone of the Hunter Valley establishments given his achievements.

The answer is simple. He is by one of Europe’s greatest staying families. His sire is Dalakhani was himself a champion stayer in Europe having won the Prix du Jockey Club (French Derby) and Prix de l’Arc de Triomphe. At stud, he has been a profound sire of staying horsesbeing the sire of 8 Group 1 winners.

Reliable Man’s dam family is littered with blacktype staying performers (see pedigree – http://www.westburystud.com/stallions/reliable_man…). His damwas a Listed winner over 2400m whilst his second dam was the champion Irish filly FAIR SALINA who won the Irish Oaks, The Oaks, the Yorkshire Oaks and The One Thousand Guineas – an incredible record.

Despite his stout pedigree, RELIABLE MAN had an electic turn of foot. In his Australian debut, he was beaten a mere 1.5L by PIERRO in the Group 1 George Ryder Stakes over 1500m. Not a bad effort for an import!

Time will tell howe successful RELIABLE MAN will be as a stallion but he certainly has trainer tongues wagging with his juveniles showing plenty of natural ability on the training track. His oldest progeny are only 2yo’s and he has only had a handful of runners with an impressive winner in NZ (http://www.breednet.com.au/news/132224/First-Winne…) and an impressive debutant in Victoria called SULLY who ran second in a strong 2yo race over 1200m.

Like his father, we expect our colt to be hitting his straps once he gets 1600m and beyond. He is a lovely free moving colt with great reach and length about him. He is bred to win a Derby and he will be certainly aimed at those type of races.

Purchased for $65,000, this colt is a great opportunity to get involved in an exciting staying prospect at a really affordable price. He is by an Encosta De Lago mare who are The days of buying European imports are more or less gone. Prices for moderate English stayers have got way out of control. The only way forward is to source well bred yearlings with European bloodlines and develep them here for a fraction of the price.

50% of this colt has already been snapped up. To reserve your share, please call Julian (0427 662 977) or email [email protected] For more information, visit our Horses Available Page – http://jasonwarrenracing.com.au/horse/reliablemanx… A Lexus Stakes win and some rain would see Williams have 7 Melbourne Cup ru...
Scroll to top