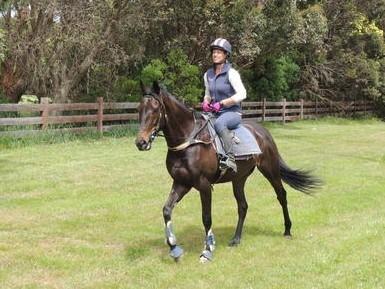 Delbridge Racing’s European stayer Thunder “Teddy” Teddington has pulled up well after the great race he ran over 2000 metres at Flemington during the VRC carnival. He was ridden perfectly to instructions by Craig Newitt who was impressed with his run and stated he was extremely strong on the line and would be suited by extra distance. Teddy ran the fastest last 200 metre sectionals in the race and his last 600 metres was also the equal best for the race.

Trainer Jason Warren reports that Teddy is in great order. He has been at the beach this week and did some hill training in Flinders which he loves. He has really turned the corner over the last month and all this cross-training has played a big part in that. So it is now onward to the Pakenham Cup on Saturday 3rd December 2016 over 2500 metres. The total prizemoney for the Pakenham Cup is $200k. Go Teddy Go.