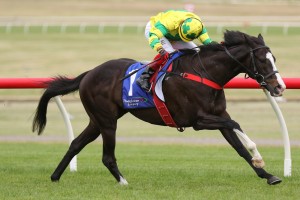 Pacodali was rewarded for his consistent form with a solid win in the Group 3 $160,000 The Big Screen Company Eclipse Stakes (1800m) at Sandown last Saturday.

Smith, who operates stables in Perth and Warrnambool in Victoria, has Pacodali nominated for both the Group 1 $1m Kirin Railway Stakes (1600m) at Ascot on Saturday and the Group 1 $1m Magic Millions Kingston Town Classic (1800m) a fortnight later.

Smith had originally ruled out backing up Pacodali week to week but has had second thoughts and he could send the seven year old around again this weekend if he travels to the west in good order.

“I’ve said that I won’t run Pacodali but if they keep dropping off, I just don’t know,” Smith told RSN radio.

“Marty Young, the racing manager, is just keeping an eye on it.

“I’ve said that he wouldn’t, but the way a couple aren’t going to the race…

“Maybe this is his only chance to run in million-dollar races.”

Smith also has last start Flemington winner Reykjavik nominated for the Railway Stakes and the Kingston Town Classic and said both horses deserve their chance at a Group 1.

“They’re not high-class horses but they try very hard and earn a good living,” Smith said.

“It’s a good chance for those two horses to get some really strong prizemoney.”

Pacodali is started his career in Ireland before landing in Darren Weir’s Ballarat stables and was also trained by Ciaron Maher and David Eustace before being transferred to Smith’s stable.

Pacodali is the winner of eight of his thirty-four starts with prizemoney earnings of $594,941.

Savatiano all the way winner in The Hunter
Scroll to top